So today marks 2 weeks since I’ve been using my Fitbit Charge, wearable tech.  I am extremely happy with the product so far!

-I’ve had my eye on the Fitbit Force, that was recalled back in Feb 2014, for about a year now.
-Was tempted to wait for the ChargeHR but decided  not to, more details below

Why I choose the Fitbit Charge
1. I wanted a fitness tracker that could track my sleep automatically.
My brother and Sister tested the Jawbone Up24, and they indicated you had to “push a button” to put in into “Sleep Mode”.  For me this is not practical what so ever, I wanted something that I wore and forgot about, and simply have it enumerate the data automatically.

2. Clock display is important to me
Having the ability to check the date/time on your wrist without pulling your SmartPhone out of your pocket to me is important.  It may be menial to some, but saving that 5-10 seconds delay from lugging out the iPhone from my pocket is a super plus.

3. It’s the Fitbit Force 2.0
The Fitbit Charge in my opinion is the Force’s equal replacement with a few bells and whistles here and there (e.g. Caller-ID).  The Force was compelling to me a year ago, so why not take the plunge and test it’s successor, the Charge.

Why not the ChargeHR?
The ChargeHR initially seemed really cool with it’s Heart Rate monitor, it was the everything I wanted plus more at first.  Then I took a deeper look.
#1)  Fitbits Heart Rate monitor or PurePulse™ is a brand new and not fully proven.
#2) Fitbits watch-like clasp is new for them 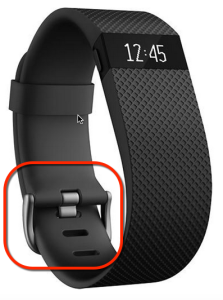 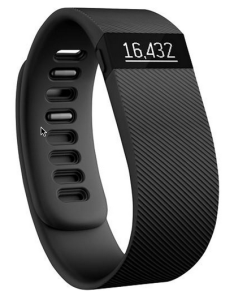 While I realize this watch-like clasp is very traditional, it is still a newer piece of the product for FitBit.  The unique Fitbit band for me is comfortable for every day use including working out at the Gym. 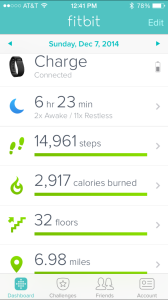 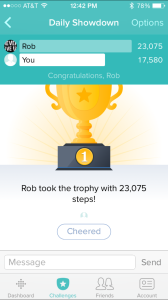 Conclusions
After 2 weeks of using the Fitbit Charge I am more than satisfied with the purchase.  The hardware is solid, and the software has a decent flow/layout.  With the upcoming release of other wearable (e.g. Apple Watch) I can only image Fitbit will continue to add improvements and enhancements into their software.